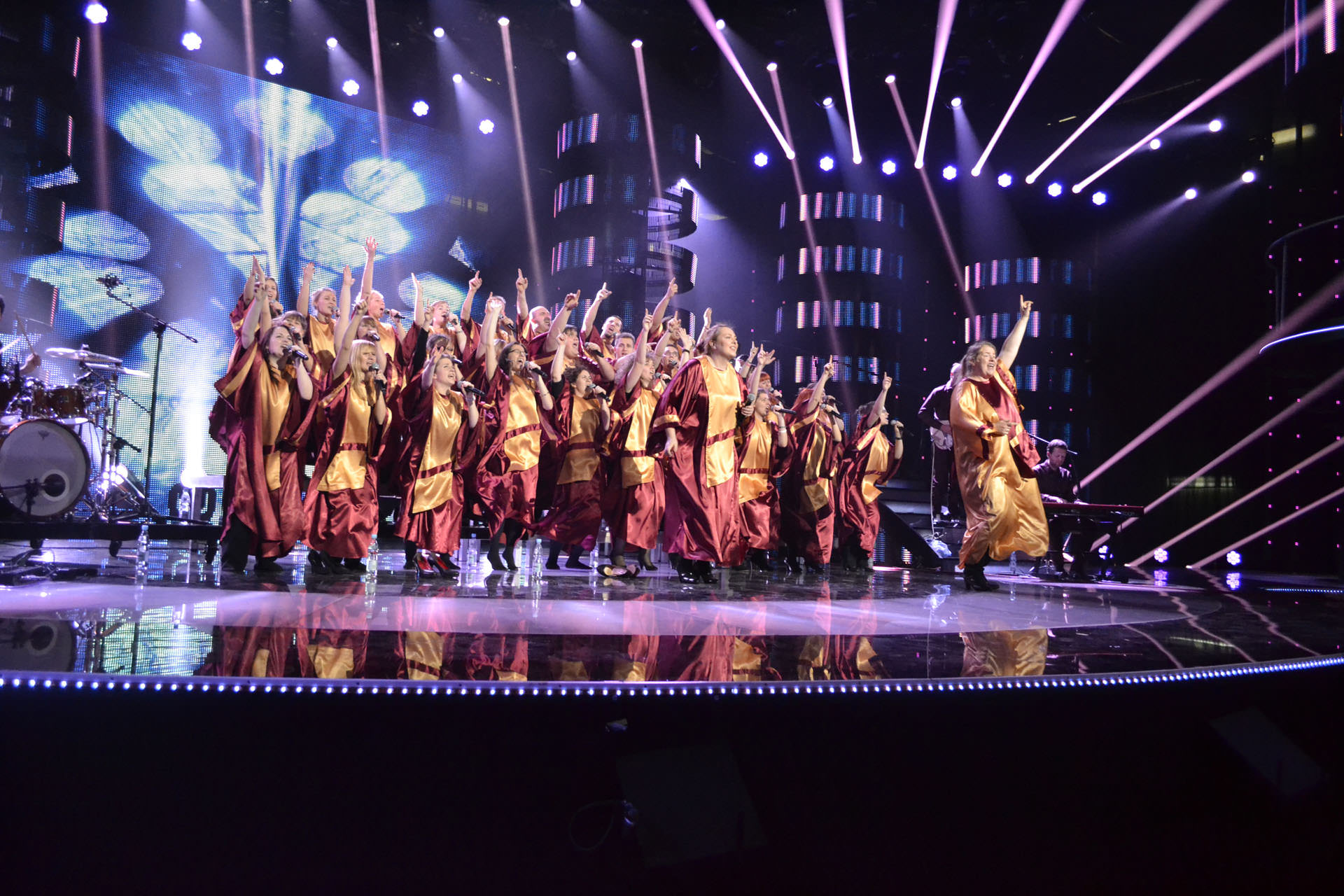 Welcome to Gospel Joy!
We are an evangelistic ministry from Poland.
We serve God and people by using gospel music as a tool to reach out with the gospel of Jesus Christ. Our mission field is focused on Gospel Joy choir (a professional choir with tradition and achievements), gospel workshops (with non-professionals) and planting new Bible study fellowships.

Gospel Joy was established in 1997 in Poznan, Poland and since then God has allowed us to perform hundreds of concerts around the world and put on over 100 weekend gospel music workshops all over Poland.

Gospel Joy is a community choir of 40 people led by Baca (Agnieszka Górska-Tomaszewska). The choir has been performing for over 20 years in Poland and many countries in Europe: Germany, France, Chech Republic, Romania, The Netherlands, as well as in US and Canada.

In 2013 Gospel Joy qualified to semifinals of Poland’s Got Talent.

The group has released 4 albums: „To ON” („That’s Him”), „Gospel Joy LIVE”, „Christmas Carols” and „Napełniaj” („Fill my cup”) – which became the Album of the Year 2017 in Poland in the „Christian Playing” plebiscite.

In 2018 The Metro Big Band led by Camp Kirkland has joined forces together with Gospel Joy choir in a project called „The Greatest Gospel Hits”. They played together a series of concerts around Poland. During the mission trip, a new album has been recorded. It is now in the process of being released – planned for Fall 2019. The Metro Big Band is coming back to Poland in 2020!

In previous years Gospel Joy has performed during many exciting events, as a support artist for Kirk Franklin’s concert in Warsaw or Gospel Festival in Amsterdam. The group also won the first prize on biggest International Gospel Festival in Poland (Osiek). They took part in numerous national and regional TV programs.

All Gospel Joy concerts have an artistic and evangelizing character and the choir eagerly engages in unusual projects. The vivid singing combined with dynamic choreography and colorful costumes makes even the most stubborn audience sing and dance with the choir. The choir director – Agnieszka, known for her charismatic concerts leading, has been awarded with „The Cultural Personality of the Year 2018” in the poviat of Poznań in the plebiscite of „Głos Wielkopolski”.

Gospel Workshops is a weekend-long event, designed for people with no musical background or previous training, where they learn to sing ten gospel songs in three part harmony. At the end of the weekend there is a grand finale concert when all the participants perform on stage and the audience is their friends and family. On average there’s 80 – 300 participants at each weekend.

During workshops people learn about God and how they can get involved in local Bible Study.

THROUGH GOSPEL MUSIC – TO A LIFE OF GOSPEL

MEMBERS OF THE BAND

We follow our call to start and develop Polish Bible Study home fellowships. We believe and see that God’s Word and influence of other Christians can really have a deep impact on people’s lifes.

Because of that  we work hard to establish places where people – mostly after the Workshops – can come and be part of such transformational communities in their local cities.

Thank you for your interest in Gospel Joy!